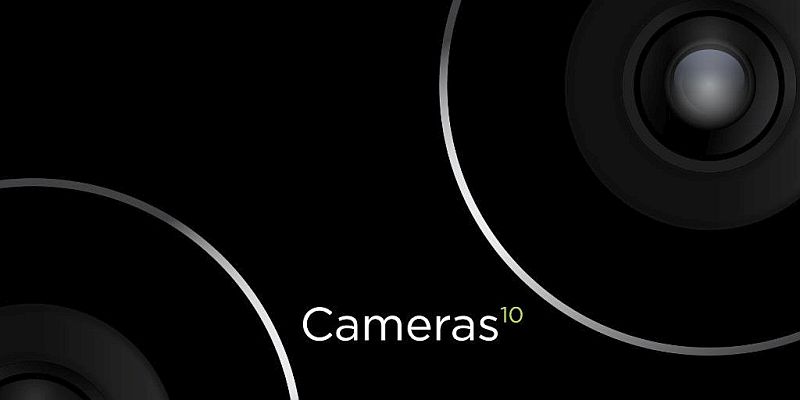 HTC may have not revealed launch date for its upcoming flagship smartphone but the company has been teasing the device on social platforms. The latest in the series teases the cameras on what is expected to be called the ‘HTC 10’ smartphone.

The Taiwanese company in a tweet on Tuesday said, “World First, World Class, Front and Back. You’ll see,” accompanied by a hashtag “powerof10.” The tweet also shared an image that showed cameras from possibly the ‘HTC 10’ smartphone. Not much could be deciphered from the image but it surely indicates that HTC may introduce a new camera feature with its upcoming flagship.

A teaser video released earlier this month for the One 10 flagship smartphone while showing nothing of significance, promised a lot of things. In the video, the company claimed that the HTC team was working “non-stop” because it wanted to “make your phone even better.” The YouTube video also said that the team was obsessed but “in a good way.”

Based on preliminary leaks, the ‘HTC 10’ is said to feature a 5.15-inch QHD display; Qualcomm Snapdragon 820 processor; Adreno 530 GPU; 4GB of RAM; 12-megapixel rear camera, and USB Type-C port. Recently leaked images have claimed that the metal clad handset may sport broad chamfered edges and sport a physical home button below the display along with two capacitive buttons for moving back and accessing multi window options.

Some reports have pointed that the ‘HTC 10’ may launch on April 19, the same date seen in the display of the smartphone in the render images leaked previously. Considering that HTC is yet to start sending invites for the launch event of the new flagship, we can expect there are still a few days left ahead of the unveiling.