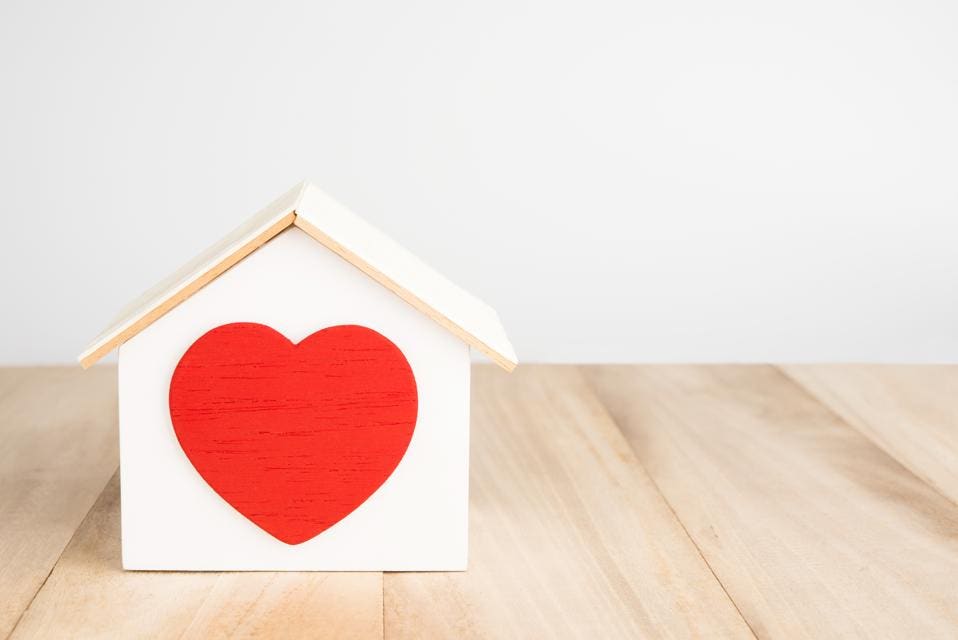 There’s online dating apps and friends’ weddings to find the love of your life, but then there’s also real estate. Yes, good ol’ bricks and mortar (or the people who sell them) can sometimes be the way to find your better half. In all the years I’ve been hearing real estate stories, the ones that led to true love are always the best. So in honor of Valentine’s Day I’ve collected a few here to bring out the lighter side of real estate. The first ones on the list all hail from either Washington D.C. or just outside the city—the locale where I’ve spent most of my time in real estate—and the second half are stories from agents I reached out to over the past few weeks. If you have one to add to the list, send it my way to [email protected]

“I had two different clients I’d helped buy a house that I knew would be great together but I couldn’t think of an excuse to introduce them. The guy was new to the area so I thought I’d host a holiday cocktail party. But I wasn’t sure the woman would come because it had been a while since I’d helped her buy her house. I just cold called her out of the blue and explained the situation and said I wouldn’t say anything to the guy about setting them up but would she consider stopping by? She was up for it and looked stunning when she walked in. They hit it off and when they eventually moved in together (to her place) they asked me to list his house.”

“Furniture brought us together. We were neighbors in the same building who didn’t really know each other but she was going out of town for a while and asked me if I could hold on to a package she said was going to come while she was away. I wasn’t expecting a full-sized couch to show up. But I kept it in my tiny apartment for a few weeks and when she got back from her trip and saw what had been delivered she burst out laughing. It turned out the couch had been on back order and she thought it would be months before it was available, but for some reason it came early. Picture two weaklings trying to move a couch through narrow corridors to get it to her apartment. We became friends that night and now we live together. And, yes, we still have the couch.”

“We met on the bus near the end of the line. We had both come back from stints in the Peace Corps and were both flat broke, living in a cheap neighborhoods way on the outskirts of the city. A few times a week we’d be on the bus at the same time with hardly anyone else around. She always got off one stop before me but one day I noticed she didn’t get off on her stop. I didn’t know if I should say anything since I didn’t want to look like a stalker, but she had missed her stop and was about to miss another one!! It was awkward but I walked over to her and said, ‘don’t think I’m weird but I think you missed your stop.’ She looked up and gasped, then got off at the next one. My stop! We got to talking and mentioned Peace Corps so right away we had something in common. Gradually we kept running in to each other on the bus and just naturally started dating. Neither of us really remembers when it started officially. Now we live together closer to the city so we don’t need to ride the bus anymore.” 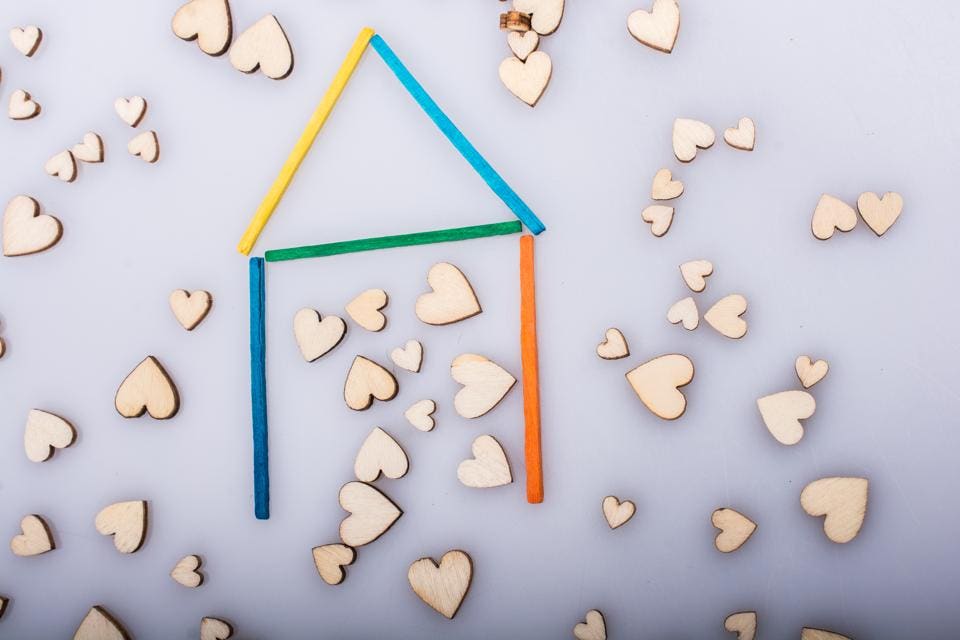 When housing leads to love it must be the real thing. GETTY

Of course, real estate agents themselves have found their own match when on the job. When I asked agents to tell me their stories, most of them told me about their own stories. Though one person mentioned an awkward client interaction that I’ll throw in the mix just for fun.

“I had a listing and the buyers never knew who the owner of the apartment they were purchasing from and vice a versa, until the contract got signed! Well, that was awkward, as it turns out the buyer’s husband was (previously) madly in love and engaged to the wife of the seller so now he and his wife will be living in the home of his ex-fiancé.”—Vickey Barron of Compass.

“We met at the Europa broker party when the building launched in the summer of 1995. It was a great party music, cocktails, we talked all night. I did mention a listing I had that would be good for her client. The following week Madeline showed that listing to her buyer and they bought it. It was a very smooth transaction. We hit it off immediately and started dating. We were working for two different companies at the time and remained doing so for the first six years of our relationship. We have been partners at the same firm for the past 17 years. We got married at the Carlyle 14 years ago at the same time we sold each of our apartments and bought a dream penthouse wreck on the upper west side. We are very fortunate working together 24/7 because we both love each other and love the real estate business.”—Jeff Levitas, Stribling

“We were looking at places to vacation and invest in the Caribbean and ended up in Belize.  After a magical dinner on the sand, under a twinkle-lit tree, a property called Itz’ana had our hearts forever, literally. We decided to invest in the project, got engaged on that very sight, and are bringing family and friends there in May to witness our wedding under that very same beautiful tree!  Not to mention, we will be starting our “happily ever after” honeymooning at Itz’ana in our brand-new beachfront villa.”—Tracy Park and Marty Smith of RMS Venture

“I met my husband after hiring him as an architect for a project, then we fell in love and were married within 5 months. He became a developer and I went into real estate sales. The first project we worked on together (in Boerum Hill Brooklyn) was very difficult for us. We were both new to the roles we were playing and it took us a while to find our groove. There were more than some arguments and adjustments. But now we are excellent together and are enjoying being a real estate duo, currently working on 80 East 10th Street in the Village. We are loving the work/life balance.”—Gitu Ramani-Ruff, Brown Harris Stevens Residential Sales

“We met 13 years ago as onsite sales agents selling condominiums in West Chelsea. A few months later we started dating despite our friends telling us work and love don’t mix. When the market crashed in 2008 and we were done with our multiple projects, we went to Argentina and got engaged. After we were married and had a child, we moved to Harlem. We now specialize in selling new developments in the Upper West Side and Uptown, where we have developed a massive presence with our team of 7 agents.”—Jeff Krantz and Kristin Krantz, The Krantz & Krantz team at Halstead Property Development Marketing